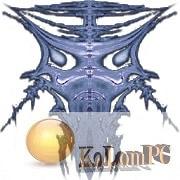 The Quest – Hero of Lukomorye IV

The Quest – Hero of Lukomorye IV – role-playing game for android, where you will meet again with Immortal. Discover the huge world of the game and take part in step-by-step fights. The story of the game begins with the fact that the war is over, but not for Koshchei the Immortal he gathers an army again to take advantage of the moment and seize the throne. While Lukomorye bound by the cold in Koshchei had a great chance to defeat the army of the king and seize the throne. It was time to meet the invincible Koshchei again and win this time.