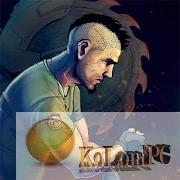 Slaughter 3: The Rebels is a new action game on Android from Ray Spark studio, which is known for its love of shooters. Your character found himself in a city hidden away from the world, one on one with thousands of thugs, who for years accumulated anger and rage while in prison. Now they have escaped from prison and you, as the last survivor, will have to get rid of your enemies and get out of this trap. To survive this chaos, you will need not be confused, but also to get