Pacific Fire is a step-by-step android strategy that will take you to the quiet ocean where you will recreate the events of World War II. In this game you can control the troops of the USA, Japan, Great Britain, Australia, New Zealand and the Netherlands in the fight against the Japanese Empire in the period from 1941 to 1945. 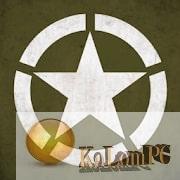 Go through all 12 historically accurate companies from the attack on Pearl Harbor to the surrender of the Japanese Empire. Take control of a battle squadron of 80 types of aircraft and control 50 types of warships to defeat the enemy. Develop your combat tactics and go through all the missions of the game fighting against a strong and experienced opponent.

World War II Setting
This military strategy will allow you to be a direct participant in the events of World War II, to fight air and sea battles. Choose which side you are on, play as American, Japanese, Australian, Chinese, British or Dutch troops and fight back the enemy with dignity. Fight your way across the Pacific through 16 historically accurate re-enactments, from the attack on Pearl Harbor to the surrender of the Empire of Japan.

Incredible historical accuracy.
Over 80 accurately recreated military aircraft and over 50 types of warships, including submarines, are available to you. Competently think through the tactics of combat, fight against a cunning and intelligent AI, which will adapt to your strategy and after each battle will become a stronger opponent. Events recreated with incredible accuracy, real historical battles, a large number of military vehicles and sophisticated AI – all this is waiting for you in Pacific Fire.