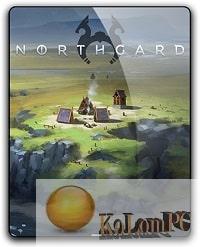 Viking life was extremely harsh and complex. And in the game Northgard you can personally feel it. The harsh climate, intriguing and, in some places, frightening Scandinavian mythology permeated the whole game. If you like urban planning simulations, you should definitely take a look at this project. Courageous Vikings discovered Nordgard – a new land, filled with wealth. Now your task is to live in a very unfavorable continent, coping with all the challenges that are thrown at you. Build a small settlement first, and then build a thriving village. Train Vikings in a variety of trades, gather resources, defend yourself against enemies and conquer the land yourself.