You can Download Last Pirate: Island Survival from our site for free 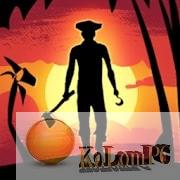 Recently, survival games have been appearing more and more often on mobile platforms and here’s another version of the project called Last Pirate: Island Survival. And so, according to the authors’ idea you will have to play the role of a pirate whose ship crashed and its wreckage, as well as the whole team came to the mystical island, which was inhabited by all kinds of monsters and now you have to try to survive as long as possible and destroy as many creatures as possible.

This free game is currently in Beta.
But we did our best to optimize it for fast performance
While keeping probably the best Graphics available on the mobile.