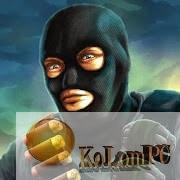 Forward Assault – This action will drag you on for a long time because it is very similar to the old classic CS. There are a lot of different weapons in the game and even skins for them. The game happens online, no bots only real players. The games are played in rounds in each of which you will either set the bomb, or try to prevent it. It is worth noting that the game is very beautiful graphics and excellent optimization, so it will go even on the most budget smartphones.

Play on strategic & tactical maps and bring your team to victory.

You can also play a Ranked mode in this new FPS gun game, where you must climb the ladder and become the top player in the world.

FPS survival game, intensive action, incredible simulator that will take you right to the action. Run, hide, distract, aim, shoot, and kill. You better have a good plan to make your army win. Play offensive, defensive or counterattack, use tactical shooting strategies to assure your victory, but be careful, this is not as easy as it seems, you should have an elaborate action plan.