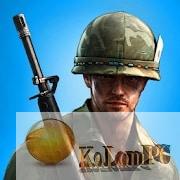 Forces of Freedom – An excellent multiplayer shooter in which players from around the world gather in two teams and wage war in separate locations. The main feature of the game is not only the availability of a choice of various types of military, for example a sniper or attack aircraft, but also the possibility of choosing a real military uniform of various countries of the world, starting in 1960.

Forces of Freedom is a third-person shooter with multiplayer mode, colorful locations and realistic physics.

The game offers everyone to take part in cool shootings in a team-to-team format, where the winner is determined by the number of points scored. In another mode, you need to capture the flags, the opponent’s base or just do more phrases than the opponent’s team.

You will have to start with a short but useful training session to get to know the game. You will be able to understand how to move, what shelters you can use, what fire modes exist and what weapons you need to use at short and long ranges. The most important thing in games of this format is the ability to act as covertly as possible, so that the enemy does not understand where he was attacked from and could not find you for a long time.

It is worth understanding that during the battle for your shoulders will be allies and you do not need to try to destroy the entire enemy team alone. If you are shot and killed, you will not be able to revive, have to wait for the end of the match, or come out of it and start a new one. All earned money will go to buy new weapons, armor, ammunition and pumping your fighter.