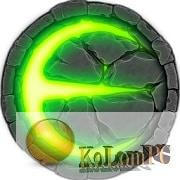 Eternium – walk your way through hordes of skeletons and demons. For a good fight you need the best weapons and armor, which can be bought from a local gunsmith. Get new skills and use them in deadly fights. Fight, collect items, improve your ammunition and win! The game is perfectly optimized for tablets, so dive into the game on the big screen.