You can Download Bulu Monster from our site for free 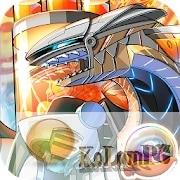 Bulu Monster – Role-playing RPG for android, which is made in the style of eastern anime. The main characters of this game are the monsters that you have to collect. Your collection will fight against other monsters on the type of team battles. In total, the game has fourteen different cards and about one hundred and fifty different monsters with different parameters and abilities. You can also fight against friends, or invite them to your team.

Bulu Monster is a role-playing game in which you have to travel through worlds, collect monsters and take part in colorful battles.

The game starts with customizing the appearance of the main character, choosing his gender, appearance and pet, which throughout the game will accompany your character. A huge fire dragon, a whale and a turtle. They are all representatives of one of the three elements, choose the most sympathetic to us and go on the road. Do not forget that each of the monsters have both strengths and weaknesses, which should be taken into account.

The gameplay is very simple, but at the same time interesting to pass. You will be moving around the locations and fighting with other players, who also summon their own monsters. New creatures can be found in completely different places, go to mountains, dark forests, caves and try to catch all, even the rarest creatures.

Battles in the game are turn-based, that is, the creatures themselves attack the monsters standing in front of them, and the winner comes out the most powerful and pumped creature. Return to the camp and spend the obtained spheres to pump up the health, damage and special skills of your wards.

BM is full of colourful, carefully animated monsters. The monsters come in different shapes and sizes, and have been designed to be visually appealing to everyone who plays the game.
The colourful monsters included in this game are sure to keep everyone involved and engaged right until the end. The game also includes: