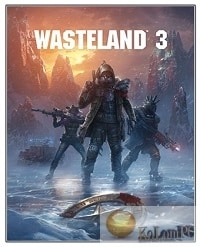 The third part of the adventure franchise. The player’s task is to help the character in the fight against numerous gangs, gangs of marauders, as well as in battles with monsters. It is important that the members of the brave team are well armed. The character has an unusual helper – the so-called iron horse, that is a car. In addition to single player mode, Wasteland 3 also has multiplayer mode. But the system of cooperative passing differs by non-linearity, that is the consequences of each decision affect an ally. Moreover, you can always turn against your opponent if you want – war is war.

It’s been a long time since another global cataclysm. Life is gradually getting better, but here’s the problem: there were a lot of small empires, as impudent as the Polish Pan. But with these nobles character will not have to face right away. At first you need to restore order at home. A lot of bandits and marauders create outrage, in addition, there were hordes of monsters of different colors. However, it is enough to kill the gang and take all the weapons, equipment and military equipment, then a squad of so-called “good” guys will become a formidable force. The equipment comes in handy to get from one part of the game world to another quickly. There is always a choice how to play: either in the style of “one against all”, or to look for allies. In the first case, the passage will be very difficult, in the second the task will be a little easier.

It’s time to get acquainted with the features of the game Wasteland 3: