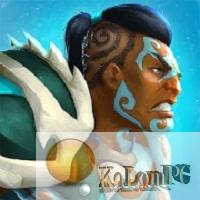 Wartide: Heroes of Atlantis is a very, very impressive role-playing game with elements of “strategy” genre from Kongregate. The project has implemented the original mechanics of battles. Army to army, but the units move strictly along certain parallel lines of attack. Each unit is responsible for its activities and of course has unique characteristics. So it is worth very thoughtful to choose their starting point and target for the attack. The events of the game will unfold on the vast areas of Atlantis captured by the enemy. Gamers will lead the liberation struggle and throw the usurper into the sea.

Wartide is a colorful real-time strategy, where you need to become a commander of a small army and take part in battles not for life, but for death.

In addition to large-scale battles in real time, the player has access to the company, where your opponent is a computer. You can hone your skills, try different strategies and combine skills so that after, in battles against players, not to leave them a single chance.

Battles in the game are divided into two parts. Firstly, you need to place the warriors on a certain location, trying to guess the location of the enemy troops, and secondly, in the moment of battle, use a number of available skills and abilities of the wards, which will give you a temporary advantage over the enemies.

Gaps between battles, designed to recruit new characters, as well as their modernization and learning additional skills. The combination of heroes and their abilities allows you to change tactics for each battle, adapt to your opponents and amaze them. The game will please its visual component, powerful heroes, exciting battles and several game modes.