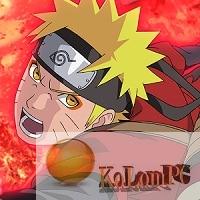 UltimateNinja Blazing is a role-playing project from Asia, which imposes peculiarities not only on the visual component, but also on the fact that it is very unfavorable to Western players because of the presence of hieroglyphics. That did not prevent her from becoming very popular among the fans of manga/anime and especially the cult work “Naruto”. The events of Ultimate Ninja Blazing, however hard it may be to guess, take place in this universe and offer gamers the opportunity to take part in exciting adventures and fight with many dangerous opponents together with familiar characters.

Diverse Ninjutsu from various ninja:
Ninjutsu are the key to battle. A huge range of Ninjutsu are featured in the game. They ranging from powerful offensive Ninjutsu, to Ninjutsu that can seal an enemy’s movements! Some characters also possess an even more powerful Secret Technique!

Featuring a story that follows NARUTO SHIPPUDEN:
In story mode, you can re-live Naruto’s adventures. Famous scenes are recreated in-game, and make the battles that much more intense!