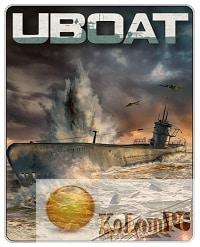 UBOAT – submarine simulator. The authors of this project address the topic of World War II. This is one of the most popular themes for creativity. In this case the developers paid attention to submarines of this period. This is a sandbox, which sets the player a number of tasks, the main – survival.

Manage the crew. The limited space of the boat is home, a fortress for sailors, but in case of ill-considered actions it can become a grave. Therefore it is necessary to provide the crew with everything they need. In addition to good nutrition, it is worth maintaining a moral climate so that your submarine can withstand the impact of the enemy. Get tasks from headquarters, they are always not linear, you will be able to make your own decisions and look for ways to perform the tasks.

To increase efficiency, you can improve your submarine. If the mission is successful, you will receive a reward, which you can spend to purchase the necessary parts and units. Developers have sought to be realistic, but not to the detriment of the gameplay, if there is no desire not to delve into an abundance of subtleties and nuances, becoming an excellent submarine.