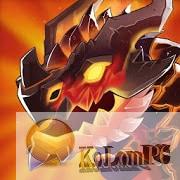 Tiny Gladiators 2 – Fighting Tournament – take control of a brave hero and fight in the arena with opponents. Choose your character from the many characters represented in the game and challenge the computer or fight with real players in the arena. Pump and strengthen your character, winning in dynamic battles. Take part in single or group battles. Unlock new diverse equipment for the fighter and change his appearance beyond recognition. Discover new locations where incredible adventures await you.

Tiny Tournament is an action-packed blend of a fighting game and an RPG! Enter the arena where the strongest combatants from all around the world battle it out until only one is left standing! Win in intense 1 on 1 duels or take on multiple enemies at a time to prove your worth and skill!

Thanks to a unique, hand-drawn art Tiny Tournament will quickly immerse you in its world and characters! Discover all of the epic adversaries you will have to face on your way to victory. Every one of them is unique and interesting, making playing the game fully engaging throughout.

With each battle won you will further develop your skills, increase your characters’ powers and get access to powerful equipment that will allow you to defeat stronger and stronger enemies. When you feel ready, you can challenge other players online to an ultimate PvP combat test!

You will get to defeat multiple legendary warriors and their armies. Stand tall against mighty beasts, undead, orcs, demons and more! Defeat their armies and duel their commander at the end to seal your dominance!