You can Download Summoner’s Greed from our site for free 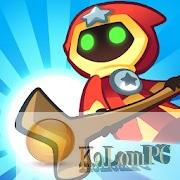 Summoner’s Greed: Endless Idle TD Heroes is an arcade time killer, whose main character is a gifted young wizard who tries to protect valuable magical artifacts that the enemies have chosen. Now he needs to use combat monsters to protect the treasure chests from enemy attacks. Correctly placing units on the game map, the user can help protect the character of his value and defeat the forces of evil. The game has a simple gameplay, great graphics and will help kill a few minutes of free time.

Summoner’s Greed: Endless Idle TD Heroes is a colorful strategy game in the Tower Defense genre, where you have to defend a stolen treasure chest from a mob of angry inhabitants of a fairy tale kingdom.

The game’s plot tells us about the main character, who is dressed in a cloak. He broke into the king’s treasury and stole the most important precious treasure box. Discovering the theft, the king sends all his best warriors to catch the thief, and you have to protect the find, using unusual creatures and a number of magical spells.

The gameplay is divided into several waves, each new wave will be stronger than the previous one. Enemies move along the path, and we need to install monsters and protective structures in specially designated areas. Destroying enemies, you’ll earn game currency, which will go on pumping wards and unlocking new creatures. Think who and where to place, what spells to use and how to deal with the next wave of enemies, not wasting all the resources.

The game has a more colorful cartoon design, a huge set of unique creatures, exciting gameplay and simple controls. Fans of strategies with RPG elements will love this game.

How to Download and use the APK file to install Greed 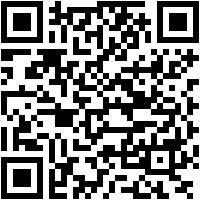