You can Download Sky Force Reloaded from our site for free 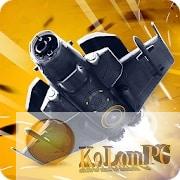 Sky Force Reloaded – The story of one of the most famous scroll shooters for Sky Force mobile devices is quite rich. The original version of the game was released more than a decade ago and gained impressive popularity. Later the remake called Sky Force 2014 was released, and how not strange it also won the gaming audience. And two years later Infinite Dreams developer studio decided to please us with the continuation, and the project was released with the logical name Sky Force Reloaded.
The gaming mechanics of Sky Force Reloaded remained unchanged and it is quite understandable. At the same time, the third part of the series received modern three-dimensional graphics, improved sound support. But the most serious change was the ability to improve aircraft, and according to the developers, these opportunities are simply huge. So now you can pump the plane at your own discretion.

How to Download and use the APK file to install Reloaded