Shadow Fight 3 – the coolest role-playing project from NEKKI is a sequel to the iconic second part. Now here is a fully beautiful and colorful graphics, smooth motion animation, a huge variety of characters, weapons, skills, punches and more, which provides a dynamic and intense gameplay. The world of shadows is frozen in anticipation of a global war between the three factions with very different from each other points of view on the shadow energy, a unique substance which gives an incredible power. Gamers themselves will decide who they like and try to bring the party to the complete domination and implementation of their plans. And for this, they will have to fight with the champions of the enemy and defeat them regardless of any difficulties. 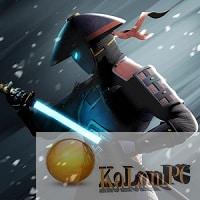 Shadow Fight 3 is the third part of the popular fighting game with improved graphics, new characters and slightly changed mechanics of battles.

In terms of gameplay fighting game has not changed, you will still be involved in battles, using the multi-position joystick and a set of buttons responsible for hitting. Variety gameplay adds a huge arsenal of weapons, which include blades, sharp swords, spears, hammers, and more.

Try to anticipate the actions of your opponents and the first to strike, block their attacks and make powerful combinations. At the moment of battle you will fill up the energy scale, which allows you to activate the shadow mode. At this point, the character becomes significantly stronger, more resilient and takes less damage. One of the main innovations of the third part, are the battles with real players. Also there is a classic campaign mode, where you need to compete with different fighters trying to get to the final battle.

This time the graphics became more volumetric, the characters behave more naturally, and the design of the locations looks awesome. Animations, effects, detailing of objects and equipment of fighters, everything is elaborated and leaves only positive impressions from the game.

CREATE YOUR OWN FIGHTING STYLE
Shadow Fight 3 offers you 3 unique fighting styles to choose from. Collect new moves, perks, weapons, gear and combine them in the way YOU like it. Be fast and graceful, strong and shattering, enigmatic and deadly. Raise a character that will represent your distinctive playing technique and personality.

AT THE EDGE OF TECHNOLOGY
Shadow Fight 3 brings the fighting genre to a whole new technological level. Colorful graphics, smooth animations, realistic physics and effects create a picture of a living and breathing world you’ve never seen before!

PLAY IT WITH FRIENDS
Community is everything. That is why we emphasize the importance of cooperative gaming. Shadow Fight 3 offers you a variety of online modes to compete with other players. Make a name for yourself among your friends. Prove yourself worthy to head a clan and lead it to glory!

DEEP AND IMMERSIVE STORYLINE
Shadow Fight 3 is a story-driven game. You’ll find yourself in a dangerous world that is on the threshold of a great war with you in the middle. Three powerful factions are tearing these lands apart and plotting against each other. Which side would you choose? You decide!

MANAGE YOUR GEAR COLLECTION.
There’s large amount of weapons and armor in Shadow Fight 3. If you’ve ever dreamed of having a rare collection of war goods, now’s your time! The world of shadows has got splendid rewards for the most adventurous ones! Collect epic gear, combine and upgrade it, equip it with new lethal moves and perks. Fight your enemy with style! It is all limited by your imagination only.

How to use the APK file to install Shadow Fight 3 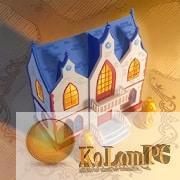 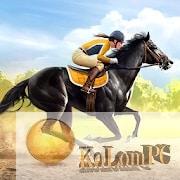