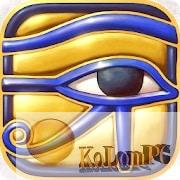 Predynastic Egypt is a historical strategy for an android, where you will become a participant of the origin of ancient Egyptian civilization. In this game you will play the role of a leader who should gather a detachment to go on a campaign exploring distant lands and create the first Egyptian state. Go through all the trials and missions of the game suffering hardship, disasters, war, drought and epidemics and all for the sake of immortalizing your name in the chronicles of history and create your own state. Unite the Upper and Lower Egypt and become the witness of historical discoveries and achievements of culture. Ahead of you there are many trials and more than 100 inside the game events.

Simulation of the ancient world
Wars, drought, enemy invasions, epidemics, internal turmoil, migration of the tribes, religious ceremonies, exploration of distant lands, celebrations and more than 100+ other events and trials await you in the game!

Mysteries of Egyptian religion and culture
You will see the birth of the unique religion of the Nile civilization, starting with beliefs in spirits and ending with the gods of Predynastic Egypt and you will learn the secrets known only to archeologists and Egyptologists!

Reconstructed map of Ancient Egypt
Accurate reconstruction of the geographic map of ancient Egypt 5000-3000 BC, taking into account the climatic changes of that period when the Sahara was a Savannah and not a desert and Wadies were rivers and not roads.

Reconstructed city of Hierakonpolis
Accurate archaeological reconstruction of the Hierakonpolis – the former center of Predynastic Egypt. You will build the real houses, temples and tombs, that were excavated by archeologists in XX-XXI century.