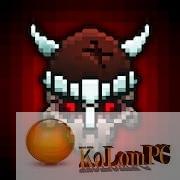 Pocket Rogues is an exciting action game for Android with RPG elements made in a pixel style. In this game, a huge dungeon will open in front of you with randomly generated levels. For many centuries this gloomy dungeon attracted travelers and adventurers with its secrets and secrets. Many heroes perished in it, having met true evil and still, there are many who want to go down to the dungeon in search of adventure. Challenge real players from around the world and fight them in the dungeon, and also explore the dungeon looking for loot and weapons. Pump your hero, making him stronger and more resilient.