You can Download Pico Tanks: Multiplayer Mayhem from our site for free 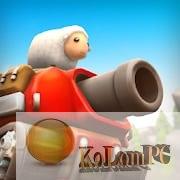 Pico Tanks: Multiplayer Mayhem is a cute and dynamic 3 on 3 PvP project in which players will become the crew of the tank and go to fight in an exciting way against the enemy team. There are several modes that have classic roots, so that any online fan will immediately find out what to do next. The system of skills development and pumping of the technical component of each of the models of heavy equipment will not allow you to stop at that. You will need to constantly try something new to find the right combination for a particular tactic of behavior on the battlefield. Well, a well-coordinated team is half a victory.

Pico Tanks: Multiplayer Mayhem is an original real-time action game where you must collect a tank and fight against other players in limited areas.

The game starts with a training course, where players will learn all the details of management and gameplay features. After that you need to take part in one of the matches and show good results. The game has several battle modes and the most interesting thing is that they change regardless of the player and his preferences, the rules you will know only just before the start of the battle.

The game modes offer: capture a flag and try to hold it for the maximum amount of time; shoot with your opponents and make the maximum number of kills per round, or capture a valuable load and try to deliver it to the side of your team, shooting off the enemies and not letting them intercept the load. Battlefields often have bonuses that can increase your movement speed, slow down your opponents, protect your tank with a temporary shield, or increase the damage of each projectile fired.

Between battles, you must spend accumulated gold and crystals. Also, players will receive cards with new tanks, reinforcements and modules, which can be installed on combat vehicles. Literally all parts, from the tower, bodywork, shells to the chassis, will need to be improved. In general, the gameplay is not new or unusual, but it is very interesting and delayed from the first minutes.

Brawl in fast-paced action with friends or be matched with other players of a similar rank. Go head-to-head in intense real-time 3v3 battles with multiple modes available:

Attack your enemies, heal your allies, hide in the bushes, herd some sheep! Many more game modes will be added in future updates. 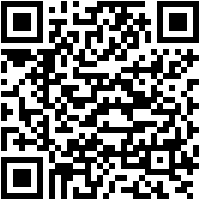