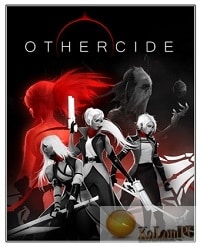 The game Othercide, whose torrent you can download on this site, is a dystopian turn-based strategy game.
“Oh, darling… Don’t you remember anything? What was hiding on the other side of the mirror has already awakened… It’s getting stronger. It suffers… And its suffering is unbearable.
An endless war rages between our two worlds. How long can we hold out…? What if these monsters take over our reality? If we lose, there will be nothing left…
Take over our daughters and try to drive the Others out of our reality. But be careful, my dear, for every decision you make has grave consequences. Will you be able to face the unknown and endure?”