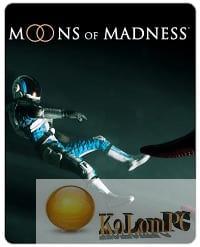 Scientists have recorded a mysterious signal coming from the Red Planet.
And the information contained in it has put researchers from the Orochi in a dead end. By deciphering the signal, corporate analysts realized that it was of reasonable origin. Orochi’s board immediately decided to classify the discovery data so as not to take any chances. In an atmosphere of complete secrecy, the corporation begins construction of the base “Primordial Alpha” – a Martian research outpost, the crew of which will be tasked with determining the true nature of the signal.

You are Shane Newhart, an engineer with Primordial Alpha, and your clearance level is too low for you to know anything about the mysterious signal. Your job is just to keep an eye on the station until the Cyrano transporter and the shift team arrive.
But after a while, the station is overwhelmed by a wave of strange malfunctions and accidents. Life support systems cause malfunctions, the greenhouse is filled with some strange fog, and the rest of the crew, who went outside on a rover, never returns.
The station is falling apart in front of our eyes.
You start to see and hear things that can’t be. What are these hallucinations, visions? Or what’s worse? Is it real what’s happening? Or are you slowly going crazy?

Your only hope for salvation is millions of miles away. In addition to such perfectly real problems as loneliness and paranoia, you will face the supernatural. Frightening visions and monstrous ghosts will make you think about what’s real and what you just think… …and what is it? Or is the fabric of reality thinning out in reality?