You can Download Modern Warplanes from our site for free 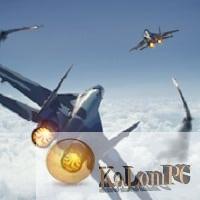 Modern Warplanes – cool, dynamic shooter in which you have to compete with dozens of real players, controlling modern fighters.

In the simulator you will find several basic modes: the campaign includes a huge set of story levels where you have to complete a variety of missions, from the destruction of ships and ending with skirmishes with enemy aircraft; multiplayer, allows you to fight with real players, where the winner is determined by collecting the maximum number of points in the allotted time.

The usual joystick on the left side of the screen and a large set of buttons on the right side act as controls, which allow you to not only use missiles, but also fight off enemies, quickly change direction and make maneuvers. In mechanics and physics, the game is far from real life, but if you like fighter flight simulators, then Modern Warplanes will be a great option to have fun.

Between battles and passing levels, it is worth looking into the hangar to buy a new plane, or improve an existing one. Everything can be upgraded, from handling, flight speed to types of shells. Fight with real players, gain victories and do not forget about completing story missions.