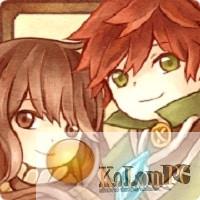 Lanota – Embark on a journey in a fairytale world. Once upon a time the world was plunged into gloomy silence, and since then has become dim and gray. However, mankind has invented a tool that can revive a dim world. And our two main characters, taking this tool with them, go on a long journey to save the world. The game is musical, and the main task here is to hit the notes that will fall from above. In the beginning, you will have to undergo training, where you will be shown everything, well, and then take it yourself.

The story happens in a world much like that we used to know but somehow a little bit different.
Since two and half centuries ago, almost all of the world is lost in a colorless silence under the effect of “Al Niente.” The affected area can only be restored by using an artificial product from the era before Al Niente: the “Notalium.” However, the original method people used to produce Notalium before Al Niente has yet to be determined, and it is impossible to produce more Notalium for now. The only way to recover from the desolation and ensure a peaceful and harmony world is to make use of the remaining Notalium.