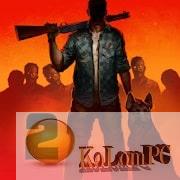 Into the Dead 2 review

Into the Dead 2 is a continuation of a cool first-person rail shooter in a zombie-apocalypse environment. Sequel took the best from the first part and significantly increased the size and quality, as well as got many interesting gameplay features. The main character needs help in walking a long distance. And it is desirable to make a journey for the minimum amount of time. The character needs to catch up with his family to save and protect her from the nightmare. Arm yourself, move. sweep away any obstacle or threat from your way and do not doubt for a second.

Into the Dead 2 is the second part of the popular first-person zombie-runner, where you’ll find a fascinating gameplay and new enemies again.

The plot of the game tells us about a hero who apparently lost his family, he no longer has a car, only a radio that allows you to contact his wife. In addition, the hero found a gun that will help fight off the first wave of bloodthirsty monsters and go a short distance. Naturally, the number of bullets is limited and it is not worth wasting them.

The gameplay game has received several interesting modes. The campaign, as well as relies, is divided into several dozen levels. At each level you will have five specific tasks, and not necessarily for one attempt to perform them all. The most important thing is to successfully cross the finish line. The distance to be crossed is indicated in the upper left corner.

Mission execution allows you to get game currency, gold, as well as spare parts and amplifiers. The latter allow you to: increase the number of rounds in the magazine, accelerate reloading, as well as increase the endurance of the main character. The control will be the piles and pressings on the edges of the display. The second part became more interesting in terms of graphics, there are new tasks, a large arsenal of weapons and monsters, but the gameplay has not changed.