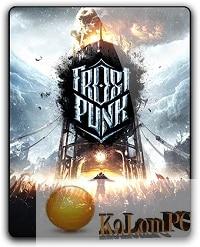 Frostpunk is an epic adventure. The authors of various projects put players in difficult conditions, inventing new challenges. Now it is difficult to surprise the invasion of demons, fascists or zombies, and the aliens are not the same. What if mankind will be captured by the ice storm? How do you fight such an enemy? In 1886, Britain was shrouded in snow.
People are suffering from hunger and cold, the country is in turmoil.

The government decided to build steam power plants in the north to escape the coming ice storm and to keep the cities warm in the future. This will be a unique game experience. With limited resources, temperature, at any given moment, eager to fall ever lower. You will be in charge of a particularly dangerous enterprise. A manager’s mistake can cost workers their lives. Your labor resources are the fixed capital, your hands are always insufficient in difficult areas.

It is worth noting the unique atmosphere of harsh conditions in which you will find yourself. There is a constant need to make a choice, to seek compromise. The problem is that the price of the issue is incredibly high. Perhaps you should cut back on rations for the sick? Or not spending resources on burials? How do you feel about child labor?