You can Download Fidget hero ninja from our site for free 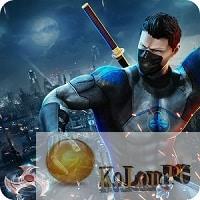 Fidget Hero Ninja is an action game for Android, in which the player will stand up to protect civilians from bandits. The main character here is an ordinary office clerk who decides to try on a superhero and fight crime. He goes to the city streets to find and destroy gangster groups. With special strikes, combos and a variety of weapons, he can fight back the criminals. The player is waiting for exciting missions, excellent three-dimensional graphics and convenient management.

If you have always wanted to become a super hero, this game is created for you. Go out on the streets of the criminal city and look for bandits and mafia groups that violate the peace of civilians. Use in battle numerous techniques and weapons that will allow you to quickly deal with the enemies. Now it’s your turn to fight the bandits and show who the protagonist is. Explore a huge metropolis and live the life of the protagonist, who was an ordinary office worker, but one day decided to become on the protection of civilians and resist the bandits. Strike a devastating blow to your opponent and use combos.