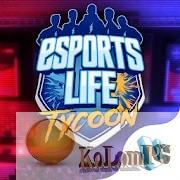 In Esports LifeTycoon on Android, you’ll be the manager of your own eSports team. You will manage all the staff, statistics, champions, energy, tactics, money and more. Train players in your own arena and compete with professional eSports teams. You’ll have a hard way from the bottom to the championship league. Personalize every aspect of your professional team: design your logo and equipment for your team, create your avatar and your players from the start. Hire promising players and convince the current champions to join your team. Don’t leave weak players behind, or they will pull you down. Improve your game house and start living like a superstar.

Excellent graphics, freedom of choice of direction for activity and pastime, SIMS-like mechanics of daily activity of talented, but rather capricious champions, as well as many other things and makes the project so cool entertainment.