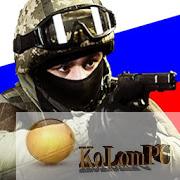 CriticalStrike CS is a first-person android shooter where you will destroy terrorists. It’s a fast-paced multiplayer shooter where you’ll take up arms and hunt terrorists. Play with friends and other players from all over the world and get great results by competing with the best players and demonstrating your skills of shooting. Choose your favorite tactics and check out all 8 combat modes. Discover new weapons such as guns, sniper rifles, shotguns, grenade launchers and automatic rifles.

Critical Strike CS: Counter Terrorist Online FPS is a modern shooter with a first-person perspective, where team shootings on steep locations are waiting for you.

First of all, all Counter Strike fans will enjoy this game because of the shootout between terrorists and sptsnaz. Choose one of the sides in the conflict, arm your soldier with the best guns and go to one of dozens of locations.

All battles take place in real time. To win you must be the first to destroy 20 opponents. Since the game is a team-based game, you do not need to destroy all the enemies and make 20 frags, it is enough not to get in the way and come to the aid of your teammates. Depending on the useful actions during the match you will get your reward in the form of silver and gold coins, and experience points to increase the current level of your character. You shouldn’t have any problems with control, you’ll be using a multi-position joystick to move around the map, swipes to aim and a set of buttons to shoot, reload and change the current weapon.

The proceeds from the battles can be used to buy new weapons, as well as to upgrade them. The player has a choice of pistol, shotgun, machine gun, rifle, sniper rifle, and ordinary knives. Weapon upgrades allow you to increase the amount of ammunition in a clip, reduce the scatter when shooting and increase the damage inflicted on enemies.