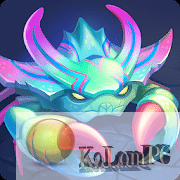 Giant reptiles invaded their lands and drove the crabs underground. Centuries later, infused with the power of crystals, they are ready to exact their revenge! Raise the swarm and resurface with a vengeance. Grow your army of crabs, evolve them and drive the scaly beasts out of your homeland!

Crab War is an action arcade adventure with strategy elements, where epic battles of crab and alien creatures await you.

Throughout the game, you’ll create and grow a unique army of crab species. In many locations, you’ll be confronted by giant bosses who will gradually destroy the units of your wards. You will have to press the screen almost without stopping and call on new crabs, sending them to the right death. You need to choose the path of development, which will go crabs and create new, more advanced and powerful soldiers.

More than 80 unique crabs await you, which you can pump and improve in every way, creating real killing machines. They differ both externally and with a set of characteristics, skills and talents. Resist you will be a variety of reptiles, wild beasts and other creatures endowed with unknown power.

Each of the classes presented in the game is balanced, has several directions for development, as well as a huge arsenal of used weapons. For the arcade visualization is just chic, there is animation and cool effects, and music and sounds are perfectly matched to the gameplay.