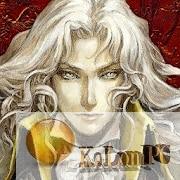 Castlevania Grimoire of Souls is an android action game with side scrolling. In this game you will be transported to the fantasy Gothic world where you will control the main character and defeat numerous enemies. Move through darker locations and use weapons and attacks to destroy Dracula’s army. Hack, chop, hit and blow your way through multiple enemies. Play as legendary Alucar and unlock other characters such as Simon Belmont, Charlotte, Shanoa, Maria and more. Master each character’s unique fighting style and prepare them to face strong bosses that won’t be easy to beat.

Alucard, Simon Belmont, Shanoa and many other characters will travel the halls and corridors of a huge castle filled with monsters and other kinds of enemies. There is also a multiplayer mode. You will need to destroy more targets in a certain time than your opponent. Fans of cool entertainment should definitely meet Castlevania Grimoire of Souls.

Iconic Characters
Play as Alucard and unlock other legendary characters such as Simon Belmont, Charlotte, Shanoa, Maria and more to come! Master each character’s unique combat style to annihilate fearsome enemies and bosses!

Classic Sound & Visuals
Immerse yourself in the rich world of Castlevania with the work of renowned artists from its long-running history – featuring character designs from Ayami Kojima and music by Michiru Yamane. Experience a new original story spanning the Castlevania universe!