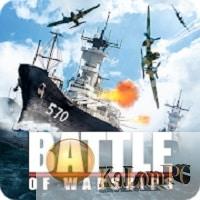 Are you fond of battle ships? The best ship action for mobiles is looking forward to you – Battle of Warships. Set to navigate legendary ships of the past, play with your friends & destroy the enemies! There are more than dozens of the First & the Second World War ships in the Battle of Warships fleet. Feel like a captain & navigate a real battle ship of any level. Use artillery, plains & torpedoes! You will find real ships of various Sea Powers in Battle of Warships. Study their special features & advantages, create & update your own fleet!

The gameplay process is based on sea fights with enemy ships. The user is offered a variety of different missions. Initially, the player is available to a good cruiser with a decent arsenal on board. Torpedoes, ship cannons, search radar devices and much more is in service with the ship.

Is it worth talking about the fact that in the process of passing will need to upgrade both the ship and its arsenal. Victories in battle give a certain amount of game currency. With due diligence, you can accumulate an impressive amount of money that you need to spend on upgrading the cruiser. You can also use the real money, in order to quickly buy the necessary improvements. The game is distinguished by excellent graphics.

Developers have tried very hard, detailing each element of the ships and making an excellent animation. The atmosphere of the naval battles also supports a chic music and sound accompaniment. Battle of Warships is the game that no self-respecting gamer should pass by. It will be appreciated by all fans of military battles.