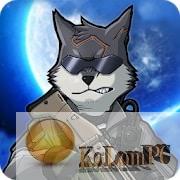 Bad2Bad: Extinction – the continuation of the popular series of action role-playing games. This game is a plot continuation of the previous part in which you destroyed the world terrorist organization, but as you investigated, you went out to the people who stood behind the creation of Gorat al-Lama and now you have to continue the fight against world terror as the commander of a special unit. Otherwise, BAD 2 BAD: EXTINCTION is largely similar to the previous parts, while receiving new weapons, new heroes and a number of unusual game solutions.