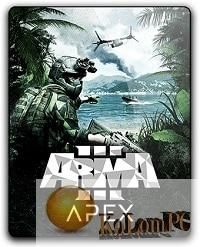 And you were waiting for Arma 3? Then the good news for you is that the game has become available. This shooter was a real discovery, because it surprised not only gamers, but also many critics. Dynamic events, the most beautiful and huge world, a collection of only the best features of the previous parts, the use of new powerful engine and much more.