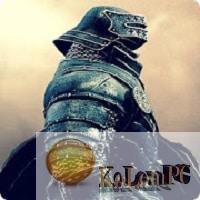 Animus – Stand Alone – cool action-RPG with quality graphics, detailed locations, as well as properly seasoned gloomy-fatalistic saspersom. Developers from TENBIRDS have tried very hard to make their creations resemble a cult Dark Souls not only visually, but also by gameplay. Similar control, high difficulty of passing, as well as various opponents and huge bosses will please DS fans. The protagonist will go wandering through the deserted lands in the hope of getting out of them or finding a way to return this edge of life.

The story of this game begins with the fact that there are no survivors on earth and there are shadows everywhere locked in this terrible and desolate world. But in the midst of all this chaos appeared alive, which wanders with the shadows on the ground in a crazy pilgrimage seeking to leave this place. Moving around a devastated world, you’ll have to fight hard against strong bosses. Develop your tactics and do your best to win. The goal of the game is to show you exciting battles without overloading them with numbers and effects.