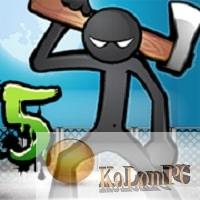 Anger of Stick 5 – 40 million downloads of the previous parts are a clear success. On a wave of such popularity developers from J-PARK decided to release a sequel to this game. A lot of people fell under the influence of not human experiments on them. Some people then became living dead. We play for the stickman and destroy the enemy with everything we can. Throughout the game you will not be bored. Enemies are enough than these enemies to kill too, so have fun at full speed. You can also assemble your team up to six people.

The virus is spreading at a terrible rate, the streets of cities are full of zombies, and our hero has no choice but to lead the confrontation and break through to the epicenter of the spread of the disease to stop the end of the world. The corporate style of graphics, numerous weapons, various techniques and much more will please fans of 2D entertainment.

Anger of stick 5 : zombie – here is the fifth part of the dynamic action game with a side view of the drawn men.

As in previous parts, players are invited to help the brave hero in passing difficult levels, studded with enemies and deadly traps. The same two-dimensional graphics, great drawing style and hurricane gameplay will not leave anyone indifferent.

The gameplay is traditionally divided into levels. At each of them have to destroy enemies using fists, sharp blades and firearms. As the control are used arrow keys that are placed on the edges of the screen and a set of auxiliary buttons. You have to fight both regular armed bandits and bloodthirsty zombies. Don’t let the latter get close to the main character, otherwise they may infect him. New weapons can be picked up right when passing the next location, changing the bat to a high-powered shotgun.

The difficulty of the game increases evenly, there are more monsters, there are giant stickmen, and the amount of their health is amazing. Powerful machine guns, flamethrowers, laser cannons and even grenades will help ease the passage. Use everything to save the main character and don’t let him die the death of the brave.

You can enjoy both Single mode and Jombie mode.
A variety of movements and realistic actions have been realized. 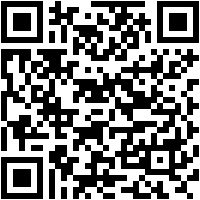