You can Download Almost A Hero from our site for free 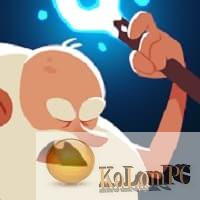 Almost a Hero – hilarious role-playing project with beautiful graphics, clicker mechanics, as well as the original content of the story. What to do if the heroes are all fooled, and those that are already busy in other rescue operations, research expeditions or now arrange a massacre in hell legions of undead? What to do if the enemy here, practically already at the gates of defenseless cities and villages, and the guard is capable only to shake for the health? That’s right! Recruit a team of idiots dreaming of deeds, accomplishments and chests from the treasure, and then send it to save the world. Wisely? No. Effectively? Yes!